Ectothiorhodospira is a helical to slightly curved rod-shaped bacterium that reproduces by bisected division and moves with polar flagella. Under certain adverse conditions and in many natural environments, cells can be immobile and grow into nearly regular aggregates surrounded by mucus. Ectothiorhodospira belongs to Gram-negative bacteria in terms of cell structure. The bacteria contain bacteriochlorophyll a and carotenoids, which are located on the lamellar membrane structure connected with the cytoplasmic membrane. Bacterial cells do not contain air bubbles. 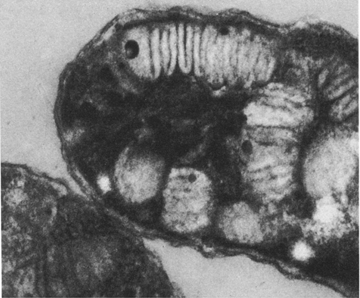 Ectothiorhodospira belongs to anaerobic bacteria. In the presence of hydrogen sulfide, photosynthesis can be carried out. This process produces spherical elemental sulfur as an intermediate oxide, which is deposited in the medium outside the cell. Molecular hydrogen can act as an electron donor. During photosynthesis, molecular oxygen is not released. Due to the photosynthetic pigments, the cell suspension takes on different colors from brown to red.

The cells of Ectothiorhodospira mobilis are slightly curved into a short helix with a width of 0.7-1.0 μm and a length of 2.0-2.6 μm. Before division, the length of one full-turn helix of two cells is 3.6-4.8 μm. Movement with polar clumps of flagella. The single cells were colorless, and the color of the cell suspension was initially yellow to orange-brown, and later changed to brown-red to pink.

Ectothiorhodospira mobilis is an obligate photoautotroph and is strictly anaerobes. The optimum pH range for bacterial growth: 7.5-8.0. Optimum growth temperature: 25°-30C. During cultivation, VB12 and 2-3% NaCl need to be added to the medium. During photosynthesis, sulfide, sulfur, thiosulfate, sulfite, molecular hydrogen, Salts, pyruvates, malates, and fructose can all act as photosynthetic electron donors. Some strains can also utilize butyrate, glucose, lactate, and propionate. Can carry out the reduction of assimilative sulfate.

The cells of Ectothiorhodospira shaposhnikovii are rod-shaped, usually slightly curved, and 0.8-0.9×1.5-2.5 μm in size. In propionate medium, cells were arc-like to spiral-like. Bacterial cells move with polar clumps of flagella. Individual cells are colorless, and the color of the cell suspension is initially yellow to orange-brown, and later reddish-brown to pink.

The cells of Ectothiorhodospira halophila are curved and spiral, with a width of 0.8 micrometers and a length of about 5.0 micrometers. Movement is carried out by sheathed single polar flagella at both ends. Single cells were colorless, and the color of cell suspension was pink to reddish brown.

The culture of Ectothiorhodospira requires specific formulations of growth media for use in cloning, plasmid DNA preparation, and protein expression. Creative Biogene offers a selection of bacterial growth media and custom services for your specific application. If you are interested in our microbial anaerobic and aerobic culture platform, please contact us for more details.