The cells of Flexithrix are 0.3-0.5x5-15μm in size, usually sheathed filaments, 0.5μm in diameter and 500 μm long, possibly with pseudo-branching. The dormancy stage is unknown. Unsheathed cells are 5-15μm in size and move in a sliding fashion. Gram staining for Flexithrix was negative.

Flexithrix's organic chemo-nutrient method is respiratory metabolism, which can use molecular oxygen as the final electron acceptor. The bacteria are strictly aerobic bacteria.

The bacteria exhibited typical morphology only on medium with low sugar concentration (eg 0.01%) and did not form sheathed filaments on richer medium.

The morphology of Flexithrix dorotheae is consistent with the description of the genus.

The bacteria could not utilize agar, alginic acid, cellulose, chitin and starch, but could depolymerize carboxymethyl cellulose and liquefy gelatin.

Galactose, glucose and sucrose are suitable carbon and energy sources. Acetate and glycerol cannot be used as carbon and energy sources. Tryptone, glutamate or nitrate can be used as the sole nitrogen source. Flexithrix dorotheae cannot produce acid by litmus milk, nor coagulate litmus milk and reduce litmus. The bacteria do not degrade tyrosine crystal suspensions or dihydroxyphenylalanine, do not form indole, do not produce nitrite from nitrate, and do not produce ammonia. H2S was not formed in medium containing cysteine. Its requirements for organic growth factors are unknown. The bacteria do not produce contact enzymes. 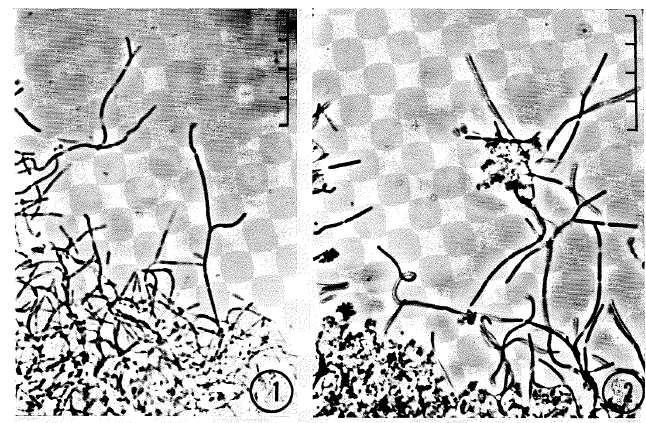 The cells aggregated in yellow due to the presence of the carotenoid zeaxanthin. Hexane extracts of cells have the highest absorption of light at 450 nm.

The growth temperature is up to 35°C, and the pH range suitable for growth is 7-9. One-half to two times the normal concentration of seawater is required for the growth process.

The culture of Flexithrix requires specific formulations of growth media for use in cloning, plasmid DNA preparation, and protein expression. Creative Biogene offers a selection of bacterial growth media and custom services for your specific application. If you are interested in our microbial anaerobic and aerobic culture platform, please contact us for more details.