Campylobacter is a spiral-shaped bacillus with a size of 0.2-0.8x0.5-5 microns. The thallus is slender and has no spores. Each cell can have one or more turns of helix, and can be as long as 8 microns. When two cells form short chains, they can also exhibit S-shape and gull-wing shape. Cells from old cultures formed spheroids or spheroid-like bodies.

The bacterial movement has a characteristic helical movement pattern. Flagella are unipolar and are attached to one or both ends of the cell. The flagella can be 2-3 times longer than the cell. Gram stain was negative.

Campylobacter is a chemoheterotroph: it neither ferments nor oxidizes carbohydrates. Those species studied belong to respiratory metabolism.

Serum is not required for the growth of this bacteria. It can obtain energy from amino acids or intermediate metabolites of the tricarboxylic acid cycle, but not from carbohydrates. 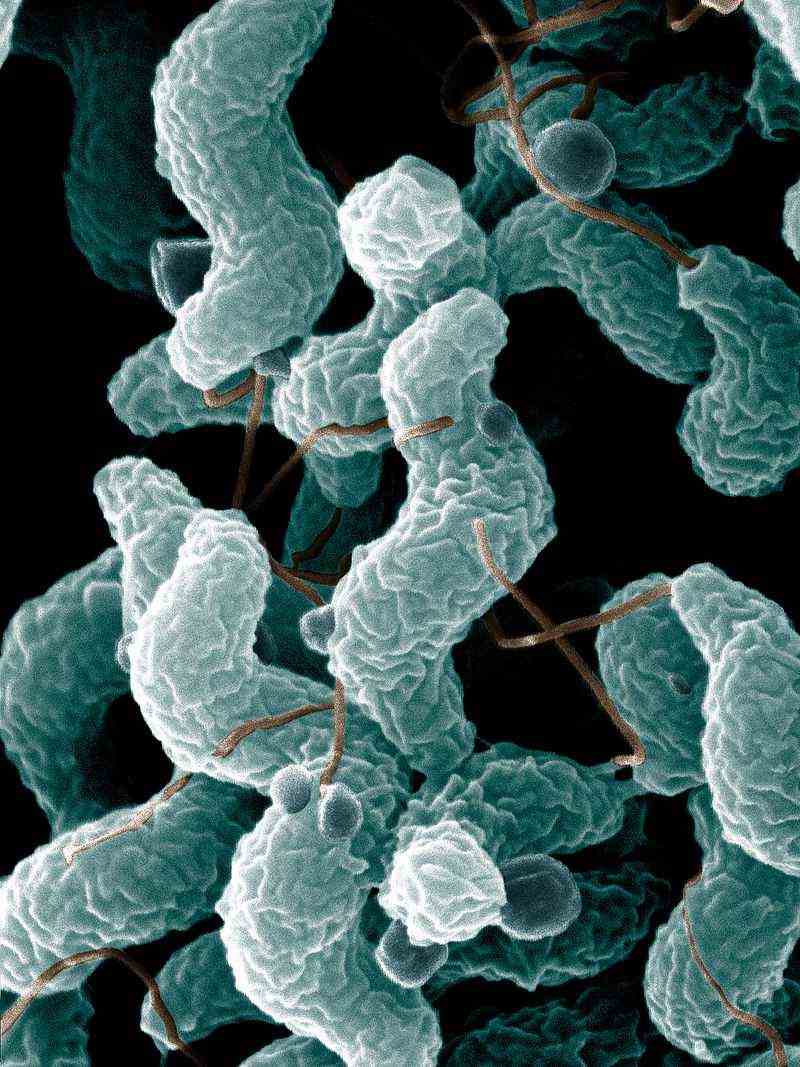 Creative Biogene offers customizable Campylobacter strain culture services. This service can help you obtain Campylobacter cultures for subsequent scientific research. This service allows you to skip the complicated and tedious groping of culture conditions, which helps to speed up research on this strain.

Campylobacter fetus is a slender, curved rod-shaped bacteria with a size of 0.2-0.5x1.5-5 microns; the shape is comma-shaped, S-shaped and gull-wing-shaped, and the cell ends are pointed. Loose helical filaments appeared in old cultures, up to 8 microns in length. In old cultures, spheroids or spheroids were also present, especially when grown on agar plates. The bacterial movement was very active, with characteristic spur and spiral movements. The cells move so fast that the curved shape of the cell cannot be seen. The hydrolyzate of intact cells contained small amounts of mesodiaminopimelic acid. The following types of colonies were seen on the initially isolated agar media: The most common colonies were smooth colonies, 0.5 mm in diameter, round, slightly raised, smooth, colorless and slightly translucent; Carved glass-like colonies, 1 mm in diameter, round, raised, translucent, with particles with small refractive surfaces; rough colonies, this type is rarely seen, similar to smooth colonies, except that there are particles and More opaque; slime-type colonies, similar to smooth and carved glass-type colonies, but with granules. Sometimes newly isolated colonies aggregately grow that form a translucent, light gray or tan, thin curtain. Colonies on blood agar are non-hemolytic, round, 1 mm in diameter, smooth, raised, convex and light gray-white. Produces a uniform light cloudiness in the broth.

The bacteria do not oxidize potassium gluconate. Fatty acids are not the end product of glucose fermentation. In culture, small amounts of ethanol and n-propanol can be produced. Pyruvate and lactate are utilized, but fatty acids are not accumulated in the medium as final products. When cultured under aerobic conditions, it can be grown in semi-solid medium containing 0.12--0.2% agar. Grow only a few millimeters below the surface of the medium in semi-solid medium. Under strictly anaerobic conditions, there is little or no growth. No growth in deep puncture culture. There are only weak growths on Mac-Conkey agar. It grows in semi-solid medium containing 1% bile but not in medium containing 3.5% NaCl. The optimum temperature of the bacteria was 37°C and the optimum pH was 7.0.

Campylobacter sputorum is a slender, curved non-bacillus with a size of 0.3-0.6X2-4 microns. Its shape is often punctate and wing, with occasional filaments up to 8 microns in length. Cell ends are usually rounded.

Bacteria can move. In 10-14 hours of culture, some motile cells exhibited characteristic shuttle and helical movements, while others exhibited no movement. Colonies on blood agar are gray, 1-2μm in diameter, smooth, shiny, low convex and rounded, with thin and irregularly diffused edges. Growths in the broth are thin and evenly dispersed. In 0.12-0.20% agar-agar medium, it grows in the lower third of the medium surface, and it is uniformly diffused and turbid. The final pH of the glucose semi-solid (0.16% agar) medium after 3 weeks of culture was 6.7-7.0. The bacteria can produce H2S from trisaccharide agar or peptone agar. Studies have found that adding nitrate to the medium can promote growth. In addition, small amounts of ammonia and CO2 are produced in the culture.

Creative Biogene's fermentation platform has Good Manufacturing Practices (GMP) and can provide customers with a wide range of high-quality microbial fermentation products such as active pharmaceutical ingredients, enzymes and various fine chemicals. In addition, our microbiology experts have completed the transformation and innovation of traditional processes through continuous breakthroughs in key technologies of microbial fermentation processes, and fully contributed to the smooth delivery of the project.

Creative Biogene builds a world-class microbial fermentation technology platform, providing a variety of services from strain screening and optimization to fermentation production and product purification. We have many years of rich experience and provide good technical support for microbial GMP production.

As a leader in microbial production, Creative Biogene has comprehensive production process technology and high-volume manufacturing capabilities. Our goal is to help our customers develop streamlined and controlled manufacturing processes and to support customers throughout the entire product development process, from the R&D stage to market launch.

The culture of Campylobacter requires specific formulations of growth media for use in cloning, plasmid DNA preparation, and protein expression. Creative Biogene offers a selection of bacterial growth media and custom services for your specific application. If you are interested in our microbial anaerobic and aerobic culture platform, please contact us for more details.