Simonsiella cells are 0.4-0.7x2-4 microns in size. Its cells are closely arranged in parallel to form filaments, and the free end of the terminal cell is round. The bacterial protonema are flat rather than cylindrical. Protonemata are divided into motile cell population-like units. When they lie flat on the substrate, they can move in a sliding fashion. Simonsiella does not form spores and has no capsule. Gram stain was negative. 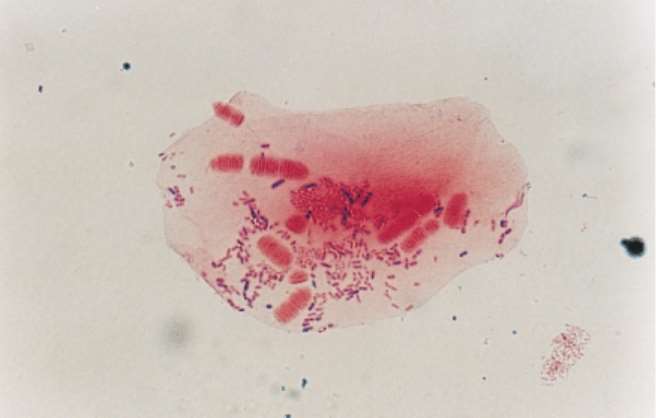 Simonsiella's organic energy nutrition is fermentative metabolism. During the culture process, the bacteria grow best in the presence of blood or serum, without understanding its minimum nutritional requirements.

Simonsiella is strictly aerobic. The optimum growth temperature is 30°-37°C. Under natural regulation, it is commonly found in the oral system of humans and animals.

Creative Biogene offers customizable Simonsiella strain culture services. This service can help you obtain Simonsiella cultures for subsequent scientific research. This service allows you to skip the complicated and tedious groping of culture conditions, which helps to speed up research on this strain.

The cell size of Simonsiella muelleri is 0.4-0.7μm X 2-3μm. The cells are tightly connected in the long axis direction and form flat protonema. Its protonema width is 2-3 microns. Filaments are divided into motile cell group-like units with round end cells. Filaments are often coiled into a tape measure, especially in colonies. Bacterial cells move in a sliding fashion. Gram stain was negative. Colonies on blood agar are round, convex, silvery, sometimes mucoid, 0.2-0.3 mm in diameter. Hemolytic circle narrows on blood agar.

The bacteria grew poorly on serum broth, but the main growth was granular and adhered to the tube wall. Both oxidase and contactase were positive. Iodine-positive polysaccharides were formed on 5% agar.

Under its natural conditions, it is common in the oral cavity of humans and animals.

The cells of Simonsiella crassa are 0.6μm x 3-4μm in size,1.5μm thick, and are tightly connected to form flattened protonema. Protonemata are 3-4 microns x 1-1.5 microns in size. They are divided into motile cell-like units, each with rounded terminal cells. Protonemata may be coiled at their edge portions and can only slide when the flat surface is in contact with the matrix. Gram stain was negative. Grow best in the presence of serum medium. After 3--4 days of culture, the colony of blood agar will form a bulge with a diameter of 1-3 mm. Colonies are smooth, translucent, free of pigment and odor, wavy in shape, and β-hemolytic.

When cultured on serum broth, the colonies become granular or turbid, and a suitable amount of precipitate is formed.

Does not grow on Simmon's citrate medium. In agar medium and shallow liquid medium, fructose, glucose, inulin, maltose, ribose, sucrose, trehalose can be used to produce acid but not gas; while metabolizing arabinose and mannitol may or may not produce acid Acid production. The bacteria cannot use cellobiose, dulcitol, erythritol, galactose, glycerol; inositol, lactose, mannose, melanobiose, raffinose, rhamnose, salicitol, sorbitol, sorbose or xylose to produce acid. Simonsiella crassa can liquefy gelatin and coagulate serum, as well as hydrolyze casein and peptonize litmus milk. During metabolism, the bacterium produces H2S. Urine enzyme is negative, does not produce indole, does not hydrolyze starch, sodium hippurate and esculin. Nitrates may be reduced to nitrites. Contact enzyme positive. Under natural conditions, it is commonly found in the oral cavity of animals.

The culture of Simonsiella requires specific formulations of growth media for use in cloning, plasmid DNA preparation, and protein expression. Creative Biogene offers a selection of bacterial growth media and custom services for your specific application. If you are interested in our microbial anaerobic and aerobic culture platform, please contact us for more details.