Drugs of natural origin have been classified as (i) original natural products, (ii) products derived or chemically synthesized from natural products or (iii) synthetic products based on natural product structures. Microbes have made a phenomenal contribution to the health and well-being of people throughout the world. In addition to producing many primary metabolites, such as amino acids, vitamins and nucleotides, they are capable of making secondary metabolites, which constitute half of the pharmaceuticals on the market today and provide agriculture with many essential products. For example, immunosuppressants have revolutionized medicine by facilitating organ transplantation. Other applications include antitumor drugs, enzyme inhibitors, gastrointestinal motor stimulator agents, hypocholesterolemic drugs, and other pharmacological activities.

Microorganisms play an important role in the development of the chemistry of natural products and medical therapy. Microbial metabolites are among the most important of the cancer chemotherapeutic agents. A number of microbial compounds capable of suppressing the immune response have been discovered. Further applications are possible in various areas of pharmacology, developments catalyzed by the use of simple enzyme assays for screening before testing in intact animals. Microorganisms have been considered to be a rich source of unique bioactive compounds. Many microbial-originated antibiotics are available in the market, and more than 120 of the most important medicines in use are obtained from terrestrial microorganisms. There has been great interest in natural products from unexplored microbial sources, especially actinomycetes, marine ecosystems, and microorganisms. Nearly three-quarters of microbial-produced bioactive compounds are from actinomycete bacteria. Streptomycetes are the most widely identified group, producing a wide range of biologically active compounds. They are Gram-positive aerobic filamentous (often soil) bacteria. Amongst all the marine invertebrates, sponges represent the most described group with potential application in medicinal chemistry, representing a valid starting point for new drug leads due to their chemical defense mechanisms. 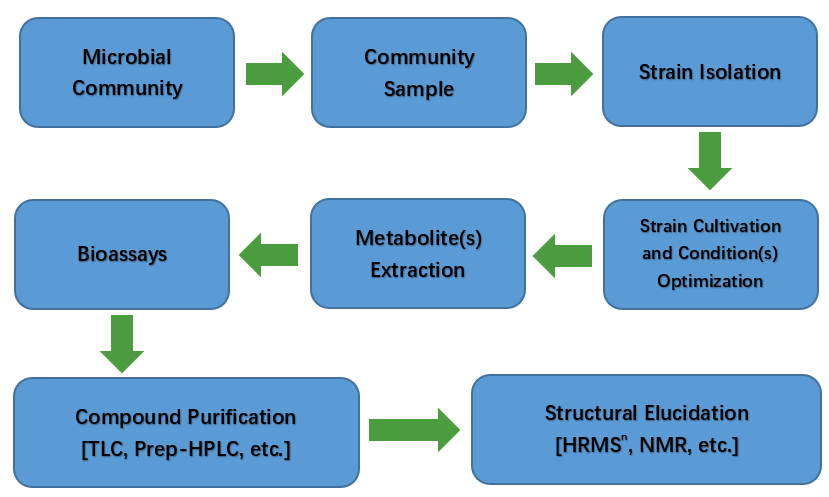 Figure 1. A typical workflow for conventional bioprospecting and drug discovery.

Our researchers are now extracting bacterial DNA from soil and marine habitats, cloning large fragments into, for example, bacterial artificial chromosomes, expressing in a host bacterium and screening the library for new compounds. This metagenomic effort is allowing access to a vast untapped reservoir of genetic and metabolic diversity. Further more, one of the most recent approaches in drug discovery from microorganisms is cocultivation. In the cocultivation strategy, we can cultivate two or more organism from different species. Through this, their physiology can be changed to produce cryptic compounds that cannot otherwise be produced in routine cultivation media. If you are interested in microbial drug discovery services, please contact us for more details.