The vegetative cells of Melittangium are pointed rod-shaped. The sporangia are solitary on the sporophyte.

Microsporangia are rod-shaped, optically dense or refracting. The vegetative colonies do not etch or corrode the agar culture medium and can adsorb Congo red. Minimum nutritional requirements are unknown, but can be grown on protein media containing enzymatic hydrolysis.

The vegetative cells of Melittangium boletus are rod-shaped, slightly pointed, and rounded at the end of 0.7-4.5×10.5μm. 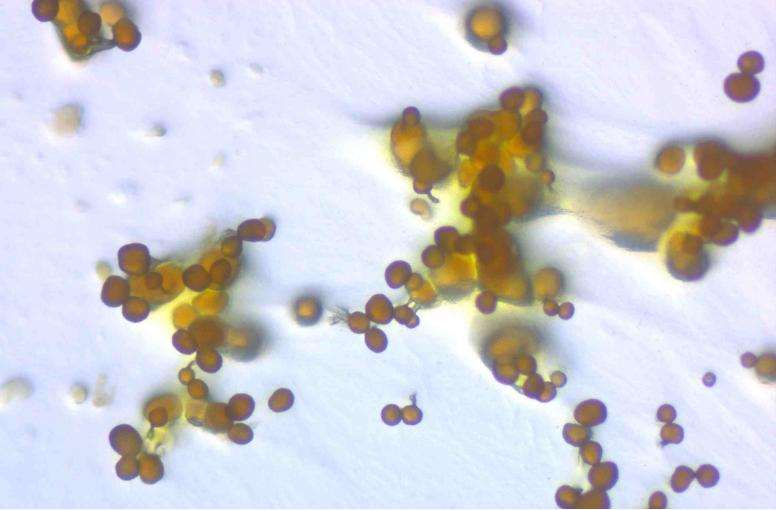 The sporangia are spherical or flattened and resemble the mushroom caps, with a size of 45-50 × 50-100 microns. At the beginning of the culture, the colonies are whitish, and then gradually turn yellowish-fleshed to yellowish-brown or chestnut-brown, and turn reddish-brown when the sporangia are dry. The stalks of the sporangia are white or yellowish, 10-25 × 60 microns in size, occasionally poorly developed or sessile. Dormant cells in the sporangia exist at right angles to several walls, and because the dormant cells are anchored to the wall, the wall has a honeycomb-like structure.

It grows better on medium containing 10% agar and potato agar. The bacteria can hydrolyze starch, but cannot digest cellulose.

The vegetative cells of Melittangium lichenicola are rod-shaped, slightly pointed, and the size is 0.6-0.9×7-12μm (the cells in the logarithmic growth phase are 0.6×6-8μm). The bacterias has two types of fruiting bodies. The first are spherical, oval or pear-shaped sporangia that are orange-red to bright red in color. The sporangia are 15-35 x 25-35 microns in size and are attached to a white to orange hard sporangiophore. When the sporangia are crowded, they may connate. Occasionally, sporangia without a sporangiophore appear. When the vesicular stalk is well developed, the end is pointed. After a period of growth, the sporangia are shed. The second type of fruiting body often occurs semi-continuously with the first type, and is especially common on artificial media. It consists of an orange to bright red irregular mass up to 1 mm in diameter with a bulging surface. Inside, the microsporangia and mucus form numerous, closely intertwined gut-like tubes, about 50-90 microns in diameter. 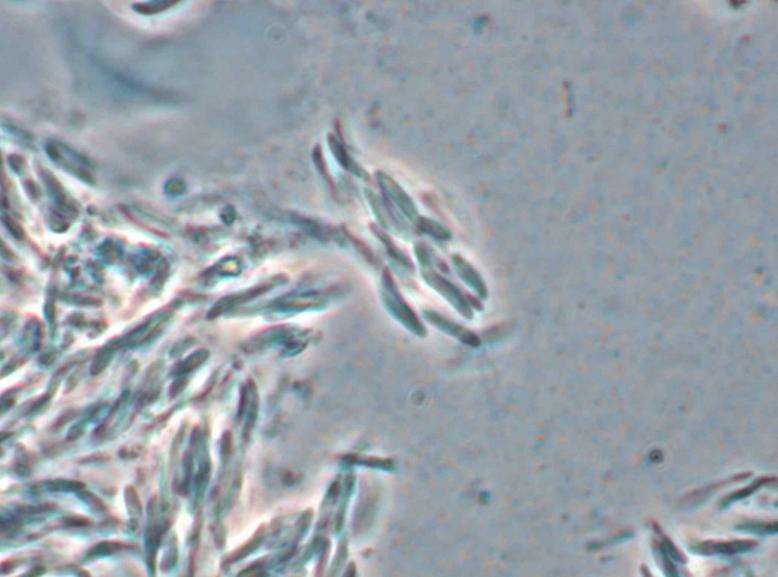 The microsporangia of Melittangium lichenicola are irregular rod-shaped, often curved, narrow-ended, tough in texture, optically dense or refractive, and have a sticky capsule. Often bundled and difficult to separate.

Vegetative colonies expanded rapidly on agar media and were thin, almost transparent, with occasional red-orange to bright red pleats and accumulations. There is a characteristic extension on the walls of the petri dish and on the interface of the agar-glass. Lysis on E. coli medium is extensive.

Poor growth in Casitone-Mg2+ broth, in the form of tight red globules. The bacteria can be cultured on ECM, fecal pellets and Casitone-Mg2+agar medium, but the growth conditions are general. Melittangium lichenicola does not reduce nitrate, nor does it produce contact enzymes and oxidases. In terms of nutrient utilization, Melittangium lichenicola can hydrolyze starch, RNA, DNA and esculin without digesting cellulose. Optimum growth temperature range: 25°-28°C.

The culture of Melittangium requires specific formulations of growth media for use in cloning, plasmid DNA preparation, and protein expression. Creative Biogene offers a selection of bacterial growth media and custom services for your specific application. If you are interested in our microbial anaerobic and aerobic culture platform, please contact us for more details.