Chemotaxonomy, also called chemosystematics, is the attempt to classify and identify organisms according to confirmable differences and similarities in their biochemical compositions. The chemical diversity and the resources of natural products are immense and nowhere near fully exploited. Chemotaxonomy-based strain selection is a prerequisite for successful natural product research. Combined with the fact that fungi, and probably also other types of microorganisms, produce very species-specific profiles of natural products that can be used as efficient tools to select one or a few representative strain(s) for biological testing, and with the revolution in molecular genomics several new strategies for natural products based drug discovery programs are being developed:

There are several other steps to deal with when running a natural product discovery program, which can be summarized: 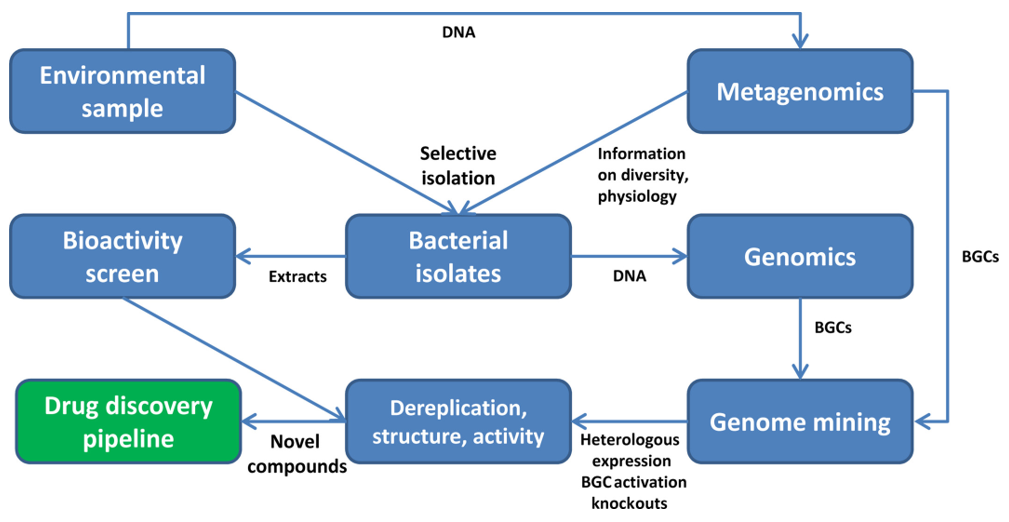 Figure 1 Overview of the workflow for the discovery of bioactive natural products from bacteria. (Olga N. Sekurova, et al. 2019)

With the large numbers of already known microbial and plant metabolites, one of the major challenges in modern natural product discovery is to detect already known and trivial compounds rapidly. This relies on information management and data mining of the enormous amounts of biological, chromatographic and spectroscopic data generated in modern drug discovery. To optimize the drug discovery process, the cultures of a given microbial collection (culture collection or natural samples) are selected for extraction and biological evaluation. Microbial strains have been selected based on morphology, and with more powerful approaches such as automated image analysis of pure cultures, phenotypic characters including production of secondary metabolite profiles or based on genotyping.

It is very relevant to develop an array of simple analytical methods and combine these methods with informatics, to select representative and promising strains to screen rapidly in a bioassay. These methods are based on efficient use of MS, UV and NMR data in combination with modern informatics tools to characterize the nature of mixtures of compounds, in crude extracts. When some representative chemotypic strains have been selected, then their metabolic potential should be investigated using multiple growth conditions. Having found both some promising strains and their optimal growth conditions for metabolite production, natural product compound libraries (NPLs) can be prepared using an integrated setup for analysis and automated micro-fractionation into e.g. microtiter plates. Such NPLs can then be screened in various bioassays and when hits have been generated these can be correlated to spectroscopic data and again to databases, in order to dereplicate, thus avoiding the finding of trivial compounds as early as possible. Subsequently, potential novel compounds can be isolated on a larger scale and their structure elucidated. In the case of new compounds, more analogs can be generated either by combinatorial or traditional chemistry. Alternatively, an overall screening for new but similar compounds may be accomplished by an automated UV-guided search. The overall combined approach using integrated analytical and informatics techniques were recently presented as an intelligent screening strategy. If you are interested in our chemotaxonomy-based microbial drug discovery services, please contact us for more details.