The filaments of Leucothrix consist of short, cylindrical or oval cells with clear, colorless, unbranched walls between cells. Filaments are usually uniform in diameter, but under certain conditions taper from base to tip. In nature, the filaments of Leucothrix are usually attached to the substrate with inconspicuous anchors, and sessile. The filaments of this bacterium cannot slide, but often fluctuate from one end to the other. This is caused by the diffusion of gonidia (gonidia, a type of single cell produced from the cell mass of filaments, usually released from the tip, but sometimes from between the filaments) on a solid substrate Often (but not always) there is a jerky sliding motion. In addition, the bacteria form rosette. Although this structure often occurs in culture, it is rare in nature. Rosettes may be formed from gonidia or filaments which several or more anchored at their bases. Filaments of Leucothrix often form true nodules in culture, which are rare but may occur in nature. In many respects they are similar to blue-green algae, except that they do not form photosynthetic pigments.

Leucothrix is a strictly aerobic bacteria and obtains energy through chemo-organic nutrition. Leucothrix does not form sulfur particles, even in environments with high H2S content. The bacteria are marine and require NaCl for growth.

Creative Biogene offers customizable Leucothrix strain culture services. This service can help you obtain Leucothrix cultures for subsequent scientific research. This service allows you to skip the complicated and tedious groping of culture conditions, which helps to speed up research on this strain.

The filaments of Leucothrix mucor vary in length, often exceeding 100 microns and 3-5 microns in diameter. The filaments are colorless and unbranched, and do not move (although occasionally they can fluctuate back and forth). Although the filaments appear to be sheathed when the cells are empty, there is no sheath. The filaments often grow entangled or form dense tangles. True nodules usually form when pure cultures are grown on medium rich in organic matter. Expansion cells are often formed irregularly along the filaments. In multi-nodular cultures, large structures (nodular bulbs) are often formed as a result of cell binding at the nodules. The filaments are attached to the solid substrate through a non-visible anchor. After stained by priraulinc, and observed in a fluorescence microscope with a blue light, anchor will show red fluorescence. The single cells of the filaments agglomerate to form oval to round microbes, and when the microbes are released, they acquire the ability of quivering sliding motion. Microorganisms often clump together in culture, presumably due to chemotactic chemistry, and form rosettes. A wide variety of simple organic compounds can be skimmed as carbon and energy sources. Most strains do not require growth factors, although occasionally some strains require growth factors. 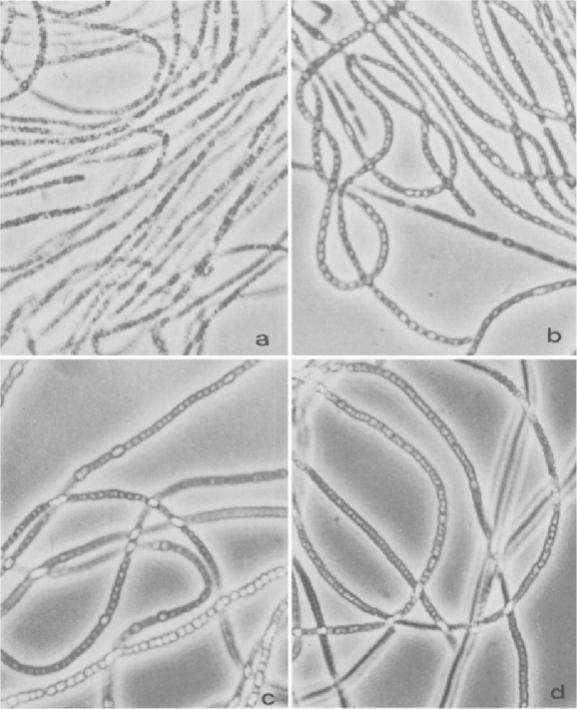 The bacterium is usually epiphyte on seagrass, and especially prefers to grow in well-ventilated areas due to waves and running water. This fungus has not yet been found in fresh water. Most common in temperate seashores, but also found in tropical waters.

The culture of Leucothrix requires specific formulations of growth media for use in cloning, plasmid DNA preparation, and protein expression. Creative Biogene offers a selection of bacterial growth media and custom services for your specific application. If you are interested in our microbial anaerobic and aerobic culture platform, please contact us for more details.