The individual cells of Thiosarcina are spherical. In the natural growth state, a single spherical cell will divide and stack to form a regular cubic pile, which is the result of the division of bacteria from three vertical planes. Each pile often contains 8-64 cells. Mycelium has polar hairs, and it relies on polar hairs for exercise. The bacteria cannot form spores. By staining the bacteria, it can be known that Thiosarcina is a gram-negative bacteria and contains chlorophyll a and carotenoids in the cell.

Thiosarcina does not contain air bubbles inside the cell, which is an anaerobic bacteria. In the presence of hydrogen sulfide, bacteria can perform photosynthesis, and at the same time produce elemental sulfur as an intermediate oxidation product, which is stored in the cell in a spherical shape. In the process of photosynthesis, molecular hydrogen can act as an electron donor. During photosynthesis, no molecular oxygen is released. Due to photosynthetic pigments, cell suspensions have different shades ranging from purple to red. 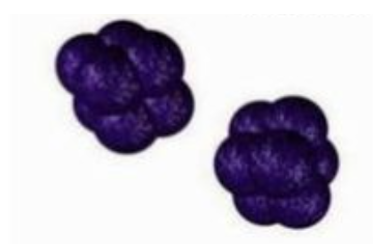 Thiosarcina Rosea is the type species of Thiosarcina. Its cell diameter is 2-3 microns. The color of the cell suspension is purple rose. Thiosarcina Rosea belongs to obligate photoautotrophic bacteria. In the process of photosynthesis, the photosynthetic electron donor is sulfide or sulfur. The nitrogen source in the medium is mainly ammonium salts. Under natural conditions, Thiosarcina Rosea usually grows in exposed, hydrogen sulfide-containing mud and stagnant water, but it is less than other purple sulfur bacteria.

The culture of Thiosarcina requires specific formulations of growth media for use in cloning, plasmid DNA preparation, and protein expression. Creative Biogene offers a selection of bacterial growth media and custom services for your specific application. If you are interested in our microbial anaerobic and aerobic culture platform, please contact us for more details.